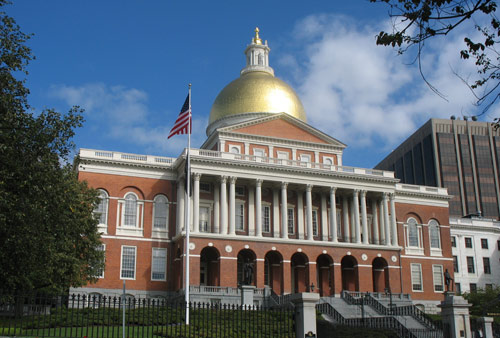 We here at MPP would like to invite you all to join us at a public hearing this coming September 22 before the House Agriculture Committee about Massachusetts’ GMO labeling bill, H. 3242. Support GMO labelling? Great! Come on out!

But if you are one of the people who is on the fence about GMO regulation, or if you are outright pro-GMO, this article is directed toward you.

There is a lot of talk in the media of folks who are anti-GMO being anti-science. The commercial media, which remember, gets millions from Monsanto, DuPont, and Bayer, focuses on the issue of safety concerns as being “backward.” No debate. The scientists who question the safety of GMOs get little airtime, if any. The Pirate argument doesn’t even touch on the matter of food safety. So let’s set that matter aside for now. There are many reasons to label GMOs aside from a safety concern, if any.

Before we get into any points of why label, please remember the stink food producers made when the law required them to merely list ingredients. Remember the stink the meat packing industry made against laws regulating safety of meat production, demands that intensified greatly after the publishing of Upton Sinclair’s “The Jungle”. Power cedes nothing without a demand. With this in mind:

We oppose the privatization of the commons

For the Pirates the issue of GMOs is about privatization. We oppose the privatization of the commons: The water that has been on this planet since before humans existed that falls from the sky, the seeds that invented themselves and therefore should not be able to be patented by any person, human or corporation. The usefulness of information that humans collect depends upon all that has been learned before for context and therefore needs to be free to be used by all humanity.

What makes a seed useful? What is the essence of any seed? Food? Material? Poison? Weed? What makes a seed of use to humanity, THAT has already been produced, by nature. What percentage of an original genome is changed in a GMO? .0099%? Not bits that changes the seed’s essential usefulness, either, the reason we cultivate that seed to begin with, but a bit that ostensibly makes the seed “more useful.” For that infinitesimal change to what nature invented, a patent is granted. Patents are significant because they confer control. They allow companies to sue. People whose crops are contaminated by GMO pollen have two choices: Pay the licensing rights to the contaminator or go to court. Court costs money. Small farmers can’t afford to fight.

The seed companies demand that seeds not be reused. This is a waste. Farmers abhor this practice and will avoid the GMOs for this reason alone. But instead of leaving farmers to choose to use what seeds they want the biotech companies to send “emissaries” out to the farmland to strong arm and threaten the people there with financial ruin, even physical violence.

There is little debate about whether glyphosate is dangerous for human consumption. And it is used in conjunction with GMOs 100% of the time.

Effects on the Environment

Monoculture, a practice employed by many GMO farmers, depletes the soil. Weeds will evolve resistance to Glyphosate when it is used often, necessitating the use of even stronger, more toxic herbicides. The herbicides also wind up in our watersheds, which plenty of people object to, and do not want to support by buying GMO products.

For people who are nodding their heads and looking to avoid GMOs just on these few principles of fair business dealing and environmental protection: The people haven’t the power to ban GMOs outright. Congress is too corrupt, gets too much money from big biotech. We are often told, though, that we always have the right to vote with our pocketbook. We have a right to know if a product we are looking to buy was produced with what we consider unfair business practices. But without consumer labelling we don’t even have this.

This is the Pirate argument: Safe or not to eat is beside our point. It’s a Massachusetts tradition to resist empire, to resist unfair taxes, mark ups, labor practices. The Tea Party tea was perfectly safe to drink yet into the harbor it went. ON PRINCIPLE. On principle we have a right to make a choice to buy locally made pop or Coca Cola, to shop at Market Basket or Walmart, to support politically resistant farmers or corporate compliant farmers. This is reason enough for us to need labels: To make informed choices.

But are GMOs safe to consume?

If they aren’t safe to consume, good luck getting any commercial media to report such findings. The media’s stated goal is profits and not the public interest. We used to have laws enforced about airwave use and public interest, but most of our news comes to us through cables now. And even regarding the airwaves, in the 90’s a Florida Fox affiliate shut down a story on Monsanto, a TRUE story about cancer risk and rBGH, and fired the reporters for refusing to drop the matter. The appeals court sided with the Fox affiliate, and this is where that famous edict “Fox won the right to lie to you, in court!” came from: From Monsanto silencing a news studio. How many news editors and reporters do you think want to risk their livelihoods investigating a company who has already succeeded in shutting down a negative story, costing a Fox affiliate hefty legal fees and two reporters their jobs? Consider that.

Once you do consider the role of the media in these matters, you may consider employing the Precautionary Principle when you shop, which is your right to do. But how difficult is this to do if foods are not labeled? This point touches on the strongly held Pirate belief of a right to transparency for the people from large operators, like governments and corporations.

These are the Pirate Party’s points for being pro-labelling: We oppose GMOs because we oppose patents and the privatization of the commons. We support transparency for governments AND corporations. There is good reason to suspect the press is biased in favor of business over the public interest, and therefore safety has NOT been conclusively established.

But safe or not to eat, you have the right as a concerned consumer to know in what manner your food was produced. And this is why your Massachusetts legislators should vote for labelling. And you need to let them know you want this, because armies of lobbyists have already descended upon the bay state to quash this bill dead. This is why we want to see YOU at this hearing