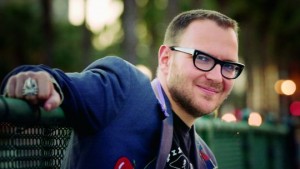 On Tuesday, October 13th, Cory Doctorow will be participating in a round table discussion: “The Remote-Controlled Society”. It is sponsored by Suffolk University and the Ford Hall Forum. It will be at the C. Walsh Theatre, Suffolk University, 55 Temple Street, Boston, starts at 6:30pm and ends as 8:00 pm. Cory Doctorow will be signing copies of his latest books after the round table.

We are proud to have helped make this event possible and hope you will be able to join us there!

If cyberwar were a hockey game, it’d be the end of the first period and
the score would be tied 500-500. All offense, no defense.

Meanwhile, a horrible convergence has occurred as everyone from car
manufacturers to insulin pump makers have adopted the inkjet printer
business model, insisting that only their authorized partners can make
consumables, software and replacement parts — with the side-effect of
making it a felony to report showstopper, potentially fatal bugs in
technology that we live and die by.

And then there’s the FBI and the UK’s David Cameron, who’ve joined in
with the NSA and GCHQ in insisting that everyone must be vulnerable to
Chinese spies and identity thieves and pervert voyeurs so that the spy
agencies will always be able to spy on everyone and everything, everywhere.

It’s been fifteen years since the copyright wars kicked off, and we’re
still treating the Internet as a glorified video-on-demand service —
when we’re not treating it as a more perfect pornography distribution
system, or a jihadi recruitment tool.

It’s all of those — and more. Because it’s the nervous system of the
21st century. We’ve got to stop treating it like a political football.”