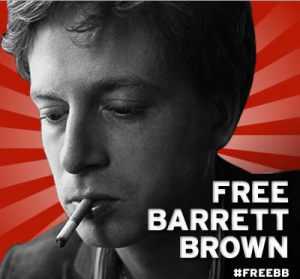 It turns out being the only imprisoned journalist in the United States doesn’t get you on CNN or MSNBC. If you’re Barrett Brown, a firebrand with an outlandish style, a penchant for insulting those very outlets and a history of working with hacktivist collectives, you can consider yourself lucky to get written up in Rolling Stone and the New York Times.

The drama of Brown’s case and cancelled trial is all but over, but the media and the public has dropped the ball on what he was trying to expose. That’s the secretive world of private intelligence contractors — an estimated $56 billion-a-year industry consuming 70 percent of America’s intelligence budget.

Edward Snowden’s leaks have shed a much-needed spotlight on the activities of the NSA and GCHQ — governmental surveillance, yet very little examination is now given to the corporations and companies who work closely with the state, while selling their capabilities on the open market. To them, dictatorships and authoritarian regimes are just another customer.

The growing nexus of intelligence, defense contracting, and cybersecurity is massive. New enterprises appear every day in response to perceived threats and manufactured demand. What we’ve learned so far is disturbing and entails a virtual shopping mall for the technology needed to commit rights violations and neutralize dissent. 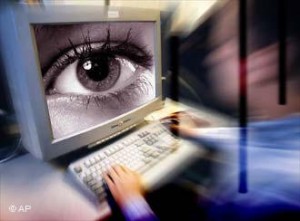 Spyware created by Gamma International has been deployed against activists in Bahrain and Egypt. Leonie Industries, a defense contractor specializing in information operations, was caught in an online smear campaign against a journalist and editor from USA Today who had written an article that was critical of that same company.

Stratfor was discovered surveilling Bhopal activists at the behest of Dow Chemical, and PETA on behalf of Coca-Cola, as well as monitoring the Occupy Wall Street protests.

Amesys’s Eagle spyware was sold to Gaddafi while he was still in power, and used to spy on journalists and human rights activists in Libya. Qorvis, an American public relations firm, has been hired to shore up the Kingdom of Bahrain’s reputation as it engages in a violent crackdown against demonstrators.

VUPEN is selling zero-day exploits to the highest bidder, vulnerabilities which are used to eavesdrop on communications. Although Endgame Systems claims that they’ve exited the exploit business, according to Andy Greenberg the company “doesn’t deny that it still sells tools to the federal government that can be used for offensive hacking,” for example leveraging so-called ‘vulnerability intelligence’ to create maps
of hackable systems.

Ntrepid won a large contract from CENTCOM for persona management – software capable of controlling multiple sockpuppets, fake online personalities which are used for disinformation and propaganda. Raytheon has developed a program called Riot which mines data from social media and uses it to predict your next move.

TrapWire, a mass video surveillance system created by Abraxas Applications, caused a scandal when it was revealed that CCTV was being used to detect patterns of behavior preceding terror attacks. Bright Planet has a product called BlueJay which bills itself as a “Law Enforcement, Twitter Crime Scanner”.

Syngenta, a large agribusiness, attacked the credibility of a scientist who had published research critical of one of their chemicals.

A consortium of firms informally called Team Themis plotted to disrupt and undermine WikiLeaks and target Glenn Greenwald, along with critics of the U.S. Chamber of Commerce. Names such as Palantir Technologies, HBGary, Berico Technologies and
Endgame Systems (as a silent partner) were all involved.

Palantir’s flagship product is a big data search and analysis application that is so good, and so ripe for abuse, it’s scary. Booz Allen Hamilton — Snowden’s former employer — earns 99 percent of their revenue from the federal government.

Blackwater had to change their name, and their license to operate in Iraq was revoked after gross negligence came to light. Wackenhut Corporation has been implicated in numerous scandals involving lax security at nuclear facilities.

There’s more; we’ve only scratched the surface… Look up SAIC, In-Q-Tel, Archimedes Global, Cubic Corporation, ManTech International, Lockheed Martin, Northrup Grumman. The industry has become so large that some in the European Union are rightfully pushing for export controls on surveillance technology. Meanwhile, the evolution of cyberspace as a theater of war has troubling implications for the liberty of all who inhabit the internet.

Sure, the NSA, CIA and FBI deserve scrutiny, but we should devote our attention to the private sector also. Outsourcing has always been a convenient way to avoid accountability. Firms such as these typically maintain a revolving door, with executives and board members moving in and out of key government positions.

The GAO has criticized agencies’ reliance on contract personnel within the civilian intelligence community and called for improved reporting. Agencies are not even sure how many contractors they employ. Meanwhile, a recent DoD IG report found that contractors who had committed misconduct rarely lost their clearances.

And since 2012, domestic propaganda has been legal in the United States. With what we know by now, we should be very concerned. But what brave contractor will become a whistle-blower and reveal wrongdoing, when they are afforded very little protections to do so because of loopholes?

What was said by Lt. Col Anthony Shaffer in response to the revelation of Romas/COIN: “I think the public is naive to the actual level of technology that’s available and what’s being done,” is echoed by the sentiment of Barrett Brown: “This is the world we accept if we continue to avert our eyes. And it promises to get much worse.”